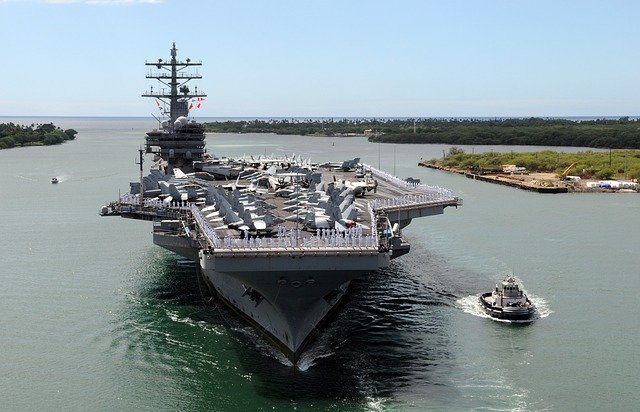 We read and heard many of the media reports about the fiascos regarding the then uncompleted 31-acre Veterans Affairs Medical Center Project in Aurora, Colorado, which started in 2007 or 2010, depending on your point of view. At this stage, the 1,260,000 SF, ten building development, which also includes three parking garages, is finally completed after being under construction for nearly a decade.

To get a sense of why the VA’s curse occurred, you should first know that here are four (4) general models of commercial development:

1) Design-Bid-Build: This is what we would call the “traditional model,” where a Developer or Owner-Occupant hires an Architectural/Design Team, including Civil and MEP (mechanical, electrical and plumbing) Engineers, which produces a set of full Construction Drawings that are then put out to formal, hard bids obtained from several competing General Contractors, one of which is then selected to construct the project. As far as a Project Manager’s involvement, a Developer usually has this function in-house, while the Owner-Occupant has to hire a professional Project Manager to run the job. 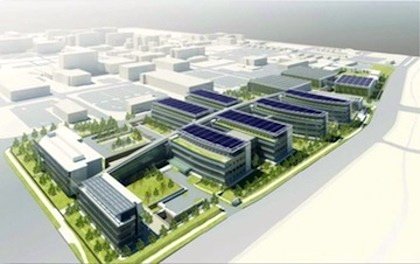 2) Design-Build: This is where a Developer has an in-house Architectural/Design Team (maybe or maybe not in-house Civil and MEP Engineers), plus an in-house General Contractor, and offers to design and construct a building directly for an Owner/Occupant that may or may not obtain a long-term mortgage to finance the project.

4) Integrated Design-Construct (“IDC”):This method was (sort of) used on the Aurora VA Medical Center Project. Either an Owner/Occupant or a Developer may use this method in which the Architect/Design Team, Civil and MEP Engineers and General Contractor are all hired and brought on-board early to design and construct the project together. An older name for this model is “Fast Track,” which historically has been used when speed is more important than cost and the project is not typically a complicated, special use/purpose building. Of course cost risks increase to the extent that actual construction commences before a set of fully baked Construction Drawings (“CDs”) are finalized.

How these models apply to Aurora VA Medical Center Project: We note that the much media-criticized Integrated Design-Construct method was only “sort of” used for the Aurora VA Medical Center Project. That’s because the actual design process by the Architect/Engineering Team started in 2007, three (3) years in advance of bringing the General Contractor, Kiewit-Turner, on-board in 2010.

This was quite questionable from the outset because the Aurora VA Medical Center Project seems clearly to have started out as more of the traditional Design-Bid-Build method. But then the VA made the ill-fated decision in 2009 to switch mid-stream to Integrated Design-Construct or Fast Track. It was a Big, Big Oops and, with 20/20 hindsight, things went awry from that point.

While the Aurora VA Project eventually resulted in litigation, it seems to me that the General Contractor, Kiewit-Turner, should have seen almost from the beginning that a time bomb was sitting on the site. Enticed by a huge construction contract, the General Contractor volunteered for an assignment that, by definition, was probably not going to work, or at the very least was going to be fraught with significant problems, mixing Design-Bid-Build (“Old School“) with Fast Track (“Newer School“). What the VA said it wanted to do and how it actually behaved, well, they did not match up, which invited troubles for those that got into VA’s Pandora’s box. 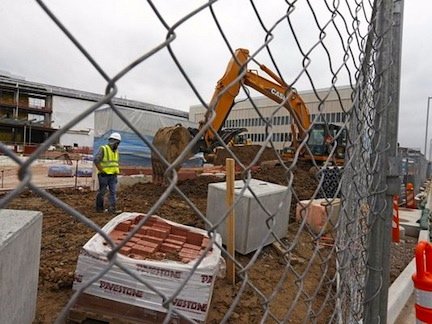 A wise Commercial Developer once told me, “Sometimes the best deals are the ones that we DON’T do.” I wonder if that might resonate today with Kiewit-Turner. Did anyone internally recognize the dissonance within the VA in 2009 and 2010, when the company was seeking to win the Aurora VA Project?

There are situations where Old School is just better, perhaps especially for such a large, complex project with special purpose buildings, such as a major regional medical center. On the surface, Aurora should not have been a good candidate for Fast Track or Integrated Design-Construct. Apparently the same thing has occurred with the New Orleans VA Medical Center and no one really knows when either project will be completed, or what they will cost.

I find myself wondering, had Integrated Design-Construct instead been called “Fast Track,” would the VA have switched its major, complex projects to IDC? Fast Track is not new, so I don’t understand The Denver Post’s writers implying that Integrated Design-Construct is a new, whiz-bang, untested concept that was seemingly only recently invented by the Commercial Construction Industry. At best, that’s a very uninformed characterization. IDC was just new to the VA’s experience and it selected the wrong tool for the wrong job.

As you might guess where increased speed is part of the goal, there are higher levels of risk with respect to unknown construction costs, especially in a large, complex, special purpose medical center. Throw in too many VA cooks in the kitchen making 1,400 undisciplined change orders along the way, and the VA and its Architect/Design Team and General Contractor were headed for a chain collision of massive proportions. This not to say that a much smaller, less complex VA facility, such as a generic, simpler Office Building, couldn’t work successfully on a Fast Track basis. That might work out just fine as the right tool for the right job.

From time to time, I’ve observed governments trying to adopt certain private sector practices and processes to modernize their work, but without really understanding the Bigger Picture in terms of which particular tool to use and when, in terms of trying to solve selected problems or accomplish certain tasks. On occasion, government sort of adopts a stance of “in with the new and out with the old” and throws a lot of money at its goal. But sometimes the baby gets thrown out with the bath water. This also seems to occur on some big government IT projects, like Obamacare as one highly publicized example.

At this point in 2015, it appears that the VA unwisely tried to adopt Integrated Design-Construct as its approach to complex, major development projects and common sense flew right out the window, along with billions of US Taxpayer dollars. Building development is a complex process, more of an art, and never an event, so different methods are more applicable in different situations.

Like slowly turning around an aircraft carrier, fixing a blown development choice on a major project can take a long time (and be painfully expensive), which unfortunately is the case for the VA in Aurora and New Orleans.

To confidentially discuss your interest in constructing a new building for your company, professional firm, non-profit organization or government agency, contact William Gary, MBA, MIM, at cell +1 303-901-1108 or wgary@MacLW.com. As 100% Tenant Representatives, MacLaurin Williams Worldwide and our offices can advise you without conflicts of interest in nearly eighty (80) major markets.