Does your mind start to get fogged up when you call a Landlord’s Leasing Agent about Office space for lease and he or she quotes you a rental rate number plus some other mumbo jumbo jargon?

Things like triple nets, triple net charges, NNNs, OpEx and CAMs? Huh? This article will refocus your brain and explain what’s in the Landlord’s spaghetti sauce of rental rates at Office Buildings.

What exactly does that mean?


Because we’re talking dollars here and it’s your money or your company or non-profit’s checkbook. Either way, you’re responsible for making the best decision.

Then things immediately get fuzzy because Landlords and Landlords’ Brokers/Leasing Agents sort of speak in “code.” Please allow us to translate here.

What the $24.00/RSF annual rate means will depend on which of three (3) general types it is… 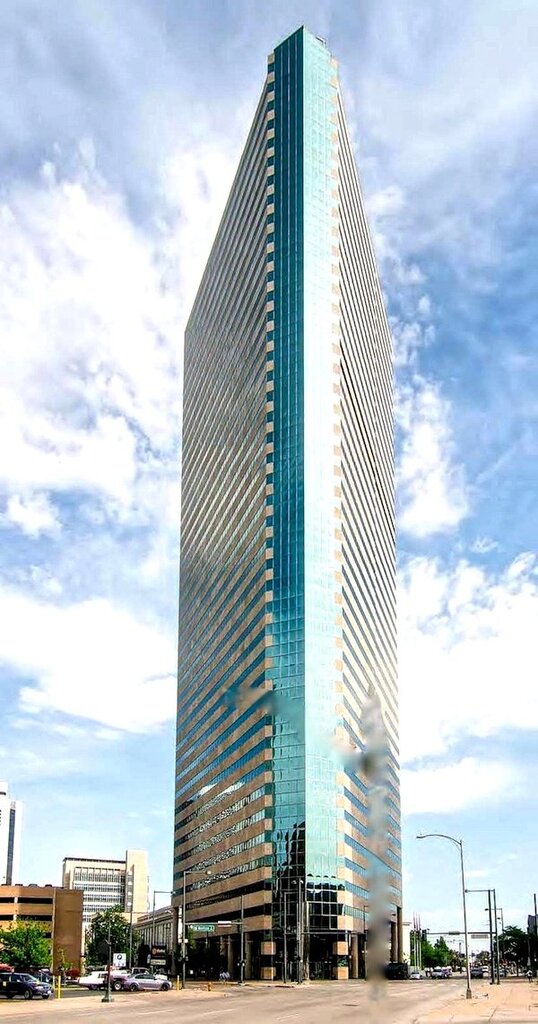 a) Triple Net or “NNN” Rate


This is sometimes called a “Base Rate” and it does not include any of the Landlord’s “Operating Expenses” for the building.

Sometimes, the NNN Rate and Operating Expenses/CAM Charges do not include any utilities or janitorial services, for which the Tenant is “expected” to pay separately. However, the Landlord and Landlord’s Broker/Agent often don’t tell a Tenant upfront what’s not included in their rental rates. The Tenant is just “expected” to know.

Trash Storage and Trash Removal might or might not be included in the Landlord’s quoted Operating Expenses/CAM Charges, so the Tenant should ask about this item, since the Landlord might pay for both or neither of them. If not, then the Tenant will likely be responsible for these expenses as well and need to budget for them in order to figure out its true cost of occupancy.

This is the easiest kind of rental rate to understand for Office Buildings. 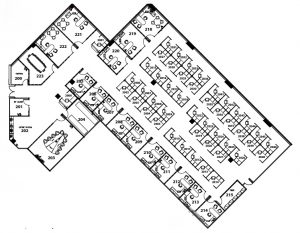 Yes, for Office Tenants, it’s a very confusing use of terminology. Truthfully, it helps to have a 100% Tenant’s Agent, Tenant Rep or Tenant’s Broker on your side of the table to translate and that’s what MacLaurin Williams and our Worldwide Offices do for Commercial Tenants. We know how Landlords’ Agents and Landlords talk but we don’t work for them. We only work for Tenants and Owner-Occupants.


This rental rate is similar to “b” above but it does not include certain components of the building’s Operating Expenses. The Tenant would be expected to pay for those items, too, just not directly to the Landlord, probably to an outside third party under a separate agreement or contract. For example, with a Modified Gross Rate, the Landlord might not pay for the Tenant’s Gas and Electric charges, so the Tenant would pay for those items directly to Xcel Energy or City of Austin Utilities (or the applicable utility company) as per the utility meter dedicated to the Tenant’s space. The same might be true for professional Janitorial Services, for which the Tenant would have to contract on its own. 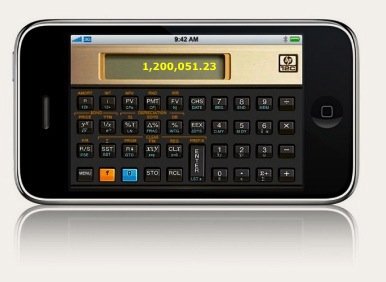 Here are examples of all three (3) types of Office rental rates potentially applicable to a 10,000 SF Office space:

Let Us Run The Numbers 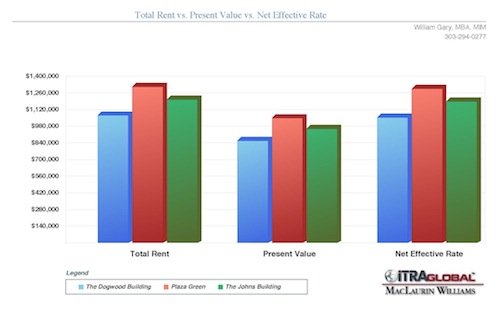 It’s a complicated way for commercial properties to be marketed but that’s the way Commercial Landlords do things. I admit that it’s not easy to figure out the true sticker price.

Landlords and Landlords’ Agents/Brokers often say things without clarifying what’s included and what’s not included in the quoted rental rates. The burden is on the Tenant (or, better yet, the Tenant’s Representative) to ask the right questions to sort things out and to get things on track towards successfully negotiating an Office Lease.

With this kind of a beginning, it’s not too difficult to see that this process is worse than buying a car… but with considerably more financial risk involved for the Tenant. There’s lots of room to leave money on the table, which Landlords and Landlords’ Agents/Brokers are all too pleased to pick up and stuff into their own pockets.

As 100% Tenants’ Agents and Tenant Advisors, we minimize the profits that a Landlord makes off of your Lease. We thwart attempts by Landlords’ Agents to overcharge you as Tenant. We do it by going to the market and finding the right competing Office Buildings to create leverage for our negotiations. We’re very good at this and we love doing it.

Give me a call. At no charge, we can confidentially brainstorm about your situation: William Gary, MBA, MIM, at cell +1 303-901-1108 or email wgary@MacLW.com. I can explain more about our process, how we help you to avoid serious misunderstandings and wrong assumptions and, ultimately, coach and guide you to win the best results for your next Office Lease, including Lease Renewals and Expansions, or even plug ‘n play Office Subleases.

As 100% Tenant Representatives, MacLaurin Williams Worldwide and our offices will give you excellent and timely advice in nearly eighty (80) major markets, including Boulder and Denver, Colorado, and Round Rock and Austin, Texas.